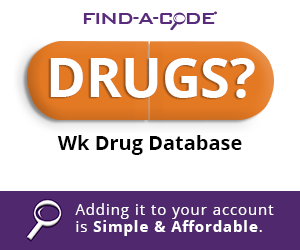 Don’t expect beneficiaries to pick up the slack for PQRS, EHR cuts

It’s the year that CMS goes from dangling the carrot of extra pay to using the stick of less pay for providers who’ve failed to take part in these programs, or to obtain a hardship exemption of any sort.

For providers who accept assignment on Medicare claims, CMS will take the penalty directly out of the allowed amount for services billed. Because it will apply the penalty to the entire allowed charge, then pay 80 percent of that amount, the beneficiary’s 20 percent coinsurance would be slightly reduced as well.

Even in these instances, however, the ultimate payment the provider is able to collect will be reduced for failure to take part in incentive programs.

In recent transmittal 1384 to its One Time Notification Manual, CMS spells out how it will work, using a hypothetical service with a $100 allowed charge.

Ordinarily, a non-par provider who accepted assignment would get paid 95 percent of the allowed charge, or $95, with the beneficiary paying 20 percent of that amount.

The calculation formula is the same for a provider who doesn’t accept assignment, but it impacts how much the provider is allowed to charge the beneficiary. In the case of the 1 percent cut for failing to do PQRS, the result would be that the Medicare allowed charge for the $100 service would be cut to $94.05 instead of $95.

CMS will maintain fee schedules with the correct amounts for providers who face either or both payment adjustment in 2015. Providers are also reminded that the penalty for charging a patient an amount in excess of the limiting charge can be as high as $10,000 per violation.

One thing is for certain – the continued use of payment adjustments will make correct payment calculation a bit more complicated next year.