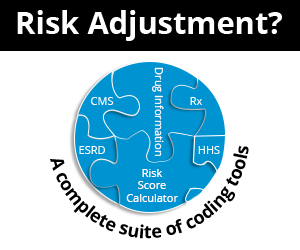 Documenting the events of a patient visit is not always the simplest and most straightforward of processes. Many variables affect which information must be included in order to report a procedure or service accurately. Global periods are one of those variables. A global period is the amount of time before, during, and after a surgical procedure that covers the typical patient care for that particular procedure. When a provider performs a new procedure or service on a patient who is within the global period of a previous procedure, the new procedure must be distinguished by using a modifier.

Modifiers 24, 58, 78, and 79 were created specifically to handle the various postoperative scenarios that often occur. When it comes to claims processing, these modifiers are well-known trouble spots that frequently generate reviews or denials. Practices that accurately apply modifiers 24, 58, 78, and 79 will see a decrease in claims denials and an increase in reimbursement.

Note: Payers consider physicians that belong to the same specialty and who are of the same group practice (identified by the same tax identification number) to be the “same physician.”

Dr. Smith sees an established patient in his office who had a bike accident. Dr. Smith performs an intermediate repair for a 4.0cm wound on the patient’s forehead. The repair has a 10-day global period. Three days later, the patient sees Dr. Smith complaining about sinus trouble. Dr. Smith performs a problem focused exam and diagnoses the patient with a sinus infection. He writes a prescription and codes the visit as a 99212-24.

On February 1, a patient undergoes an iridotomy (66761) on his left eye. In the medical record, the surgeon states the patient may need a laser trabeculoplasty on the same eye. On April 10, the patient sees the doctor for a follow-up visit, and the surgeon decides to perform the second surgery the next day. The trabeculoplasty is billed as 65855-58-LT.

On April 1, a patient undergoes knee replacement arthoplasty (27440) on her right knee. The patient ends up with a severe knee joint infection. On April 30, the surgeon performs a knee arthrotomy (27310). Since the knee arthrotomy was performed less than 90 days after the original procedure, the procedure is reported as 27310-78-RT.

Billing and Documenting for Therapeutic Exercises versus Therapeutic Activities
July 13th, 2022 - Dr. Evan M. Gwilliam, DC, MBA, QCC, CPC, CCPC, CPMA, CPCO, AAPC Fellow, Clinical Director
Chiropractors treat, among other things, issues with the musculoskeletal system. Active therapeutic procedures are accepted as effective ways to treat many common conditions and therefore can be billed and generate revenue for a clinic. Two common CPT codes that might be used in a chiropractic setting include:
Medicare Advantage (MA) Benchmarking Policies Are Headed for Change
July 12th, 2022 - Aimee L. Wilcox, CPMA, CCS-P, CST, MA, MT
More than 43% of Medicare beneficiaries are not enrolled in Medicare Advantage plans, which were established to control costs and improve quality. However, as noted in the March MedPac Report Executive Summary of 2021, these plans average an estimated 104% of Medicare Fee-For-Service (FFS) spending. How does CMS plan to manage Medicare Advantage plans now?
How Extensions to the COVID-19 Public Health Emergency Affect Healthcare Reimbursement
June 28th, 2022 - Aimee L. Wilcox, CPMA, CCS-P, CST, MA, MT
Providers need to begin preparations for how to handle a return to pre-COVID-19 public health emergency (PHE) policies. As the saying goes, "you can't put the rabbit back in the hat." Some COVID-19 PHE policies are so well liked it will be very difficult for the government to return to pre-COVID-19 policies. For now, we have at least the promise of a 60-day notice to all governors precipitating the end of the PHE.
Why You Should Be Using The Two-Midnight Rule
June 23rd, 2022 - David M. Glaser, Esq.
Are you using something other than two-midnight? Here’s why you shouldn’t be. Is there the possibility that your utilization management team and physician advisors are applying InterQual, MCG, or any other utilization tool other than the two-midnight rule to your Medicare admissions? Over the last few months, it has...
Q/A: Service Period for 99490
June 6th, 2022 - Chris Woolstenhulme
Question: If CCM hours/work is to be billed monthly, and CCM tasks are done daily throughout the month, should it be saved until the end of the month to bill, and should each date be billed as DOS in one claim? Answer: According to CMS, “The service period for CPT 99490 ...
Reporting CCM and TCM Codes with E/M Codes
June 1st, 2022 - Chris Woolstenhulme
When reporting CCM or TCM codes, you will only get reimbursed for what is allowed. The E/M office visits can be coded in addition but are not interchangeable with CCM codes. You can bill an E/M visit during the time a patient is under Care Management, however, you can’t count time ...
Q/A: Billing Over the Allowed Amount
June 1st, 2022 - Chris Woolstenhulme
Question: Is there a financial penalty for billing over the allowed amount? Answer: Yes, if you are submitting claims to a contracted provider, you cannot bill over the contracted amount of your fee schedule. This is called balanced billing. There is also the no-surprise rule that protects insured and non-insured or ...