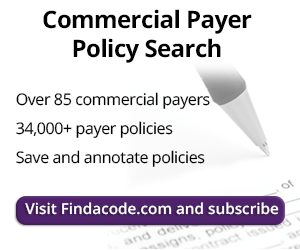 Delving Into the 360 Assessment Fraud Complaint

Characteristically, private insurance companies that offer Medicare Advantage (MA) plans (known as Medicare Advantage Organizations) agree to assume the risk of insuring Medicare beneficiaries for their healthcare needs. Instead of paying healthcare providers based on the services provided (fee-for-service), Medicare Part C pays MA Organizations a monthly rate for each covered beneficiary, and the MA Plan pays providers for services rendered to its plan members. MA insurers are generally paid more for providing benefits to beneficiaries with higher risk scores (sicker and older populations, for the most part)—and less for beneficiaries with lower risk scores.

In the case of Medicare Advantage plan Cigna-HealthSpring, a legal complaint that was recently unsealed [SDNY, UNITED STATES OF AMERICA, EX REL. ROBERT A. CUTLER v. CIGNA CORP. et al] details a story of what was potentially intended to provide quality care to plan members, but has now resulted in a qui tam lawsuit. In this complaint, a whistleblower, who was a former officer for Texas Health Management during the years of 2012 through 2017, accuses Cigna-HealthSpring of using the data it gleaned from an in-home program called 360 Assessment to identify conditions that could raise risk scores of its members, thus increasing the monthly capitated payments it received from the Centers for Medicare and Medicaid Services (CMS).

Cigna-HealthSpring’s 360 Assessment was said to be designed as an enhanced version of the traditional Annual Wellness Visit (AWV). AWVs can be an important tool in closing gaps in patient care, facilitating care coordination, and improving plan members’ quality of care. This suit alleges, however, that care coordination and improved quality were not the purposes of the 360 Assessment and that instead, it was was a data-gathering tool used to capture a significant quota of diagnoses to retain a large percentage of previously identified chronic conditions that were not otherwise captured in an office visit. They are reported to have rewarded contractors with the highest retention rates and risk-score increases with a higher volume of business and imposed targeted training on capturing high-value chronic conditions on those with lower risk-score increases.

The suit claims the efforts carried out by senior executives within Cigna-HealthSpring include:

Apparently, these contracted NPs/RNs understood and made clear to Cigna-HealthSpring that the diagnoses captured on 360 Assessment Forms were not eligible for submission to CMS for risk-adjustment. The suit describes the contracted agencies expressed, both verbally and in writing, that any health conditions and related codes recorded were to be used only as information for plan members’ primary care physicians to review, and that the diagnoses were not confirmed. These agencies also were said to include a cover page with each form that instructed the plan member’s primary care physician to review the information contained therein before incorporating it into the member’s medical record.

It is vital that MA Organizations be aware of the requirements for participation in MA and of the relevant guidelines regarding claims submission for risk-adjustment. Unfortunately, this suit alleges that the diagnoses submitted from in-home 360 Assessments “violates CMS guidelines, are ineligible for submission to CMS, are invalid as the basis of increased risk-adjustment payments, and are false within the meaning of the False Claims Act.” By submitting these claims for payment, Cigna-HealthSpring received billions in claimed overpayments from the federal government.

In order to maintain compliance when offering an in-home prospective assessment, the qualified medical provider must practice within their scope (generalists may not diagnose complex conditions unless they have the specific training or experience), must have the ability to conduct labs and other testing, prescribe medication, and recommend a follow-up plan on their assessments. These assessments may not only be for the purpose of increasing risk adjustment factor scores, they must be for the purpose of improving patient care.

One issue purported in the complaint is that Cigna-HealthSpring prohibited those contracted NPs/RNs from providing patient care, meaning they could not treat the patients, write prescriptions, order tests, or refer patients to specialists. The visits could only be conducted to gather data. This was allegedly, expressly communicated in agreements with contractors.

Many of the HCCs the third-party contractors were asked to document (from the Health Management Reports (HMRs) provided by Cigna-HealthSpring to be used for risk adjustment) are complex, requiring specialist evaluation, testing, management, and coordination of care. The limitations placed on a provider who is unable to treat, or effectively test and/or diagnose, are not compliant for risk adjustment purposes. For example, as described within the complaint, the NPs/RNs conducting these in-home 360 assessments could not reliably diagnose or provide care for most cancers, as these conditions were not within their scope. Additionally, they were unable to conduct/review imaging, lab work, biopsies, and medical records including past medical history, or refer beneficiaries to specialists like oncologists or hematologists. Therefore, they were unable to produce a compliant diagnosis of any existing cancers. Similar problems were claimed with behavioral health and heart conditions.

Another issue identified in the claim specified that the form the NPs/RNs used to record information, did not indicate whether the source was subjective or objective and only had two options for the contractor to choose from: a) diagnose the disease or b) indicate “no active disease.” As previously noted, because these NPs/RNs were not able to perform the work required to do so, they could not diagnose/confirm or rule out a disease or condition entirely. When these contractors used the forms against the HMRs that Cigna-HealthSpring provided, with the understanding that these forms were solely for data-gathering, the tendency was to document the disease as a diagnosis, since they could not rule out the condition completely.

The complainant believes that there are several sources of evidentiary support for the qui tam allegation. One example, is an e-mail instructing contracted providers to diagnose diabetes as a current illness if it appears in the member’s past medical history because Cigna-HealthSpring considers diabetes incurable, even if the provider understood the diabetes to be temporary, resolved, or the patient has normal labs and is not taking diabetic medications. As dictated in risk adjustment guidance, conditions that have resolved or that do not impact patient care are not appropriate for risk-adjustment code reporting. Another allegation is that Cigna-HealthSpring instructed providers to record conditions based on medications identified in patients’ homes, even if they may have multiple applications. Additionally, it states that Cigna-HealthSpring attempted to make the 360 forms appear legitimate by adding a box for NPs to check recommending a “psych referral” for newly diagnosed behavioral health conditions, while they were actually prohibited from doing so.

CMS alleges overpayment on claims derived from more than 375,000 visits and the Department of Justice (DOJ) lawsuit states senior executives within Cigna-HealthSpring “engineered a system of targeting health plan members…with the highest potential for risk score and revenue increases." The complainant believes they submitted hundreds of thousands of false claims from its six contractors between 2012 and 2017, resulting in an estimated overpayment of $1.4 billion during this time. The DOJ is seeking three times that amount in damages and civil penalties of $11,463 to $22,927 per violation.

Cigna-HealthSpring has stated they will vigorously defend themselves against any unjustified allegations in court. and will have an opportunity to do so in court, but until then no official statement has been made and the allegations against them remain unsubstantiated.

Medicare Updates -- SNF, Neurostimulators, Ambulance Fee Schedule and more (2022-10-20)
October 27th, 2022 - CMS - MLNConnects
Skilled Nursing Facility Provider Preview Reports: Review by November 14 - Help Your Patients Make Informed Health Care Decisions - Ambulance Fee Schedule: CY 2023 Ambulance Inflation Factor & Productivity Adjustment - Compliance - Implanted Spinal Neurostimulators: Document Medical Records - Claims, Pricers, & Codes...
2023 Evaluation & Management Updates Free Webinar
October 24th, 2022 - Aimee Wilcox
Congratulations on a successful 2021 implementation of the Evaluation and Management (E/M) changes! That was a big change, but now an even bigger change is headed your way for inpatient and all other E/M categories. How great is it that almost all of the E/M categories will now be scored based on medical decision making (MDM) or total provider time? Standardized scoring and one set of E/M guidelines has the potential of bringing about a change or improvement of provider fatigue due to over regulation and documentation burden.
Are Leading Queries Prohibited by Law or Lore?
October 13th, 2022 - Erica E. Remer
AHIMA released its CDI Practice Brief Monday. At Yom Kippur services, I found myself thinking about the question Dr. Ronald Hirsch posed to me the day before. My rabbi was talking in her sermon about the difference between halacha and minhag. Halacha is law; it is the prescriptions...
2023 ICD-10-CM Guideline Changes
October 13th, 2022 - Chris Woolstenhulme
View the ICD-10-CM Guideline Changes for 2023 Chapter 19 (Injury, poisoning, and certain other consequences of external causes [S00-T88])The guidelines clarify that coders do not need to see a change in the patient’s condition to assign an underdosing code. According to the updated guidelines, “Documentation that the patient is taking less ...
Z Codes: Understanding Palliative Care and Related Z Codes
October 11th, 2022 - Gloryanne Bryant
Palliative care is often considered to be hospice and comfort care. Palliative care is sometimes used interchangeably with “comfort care” and then again sometimes with “hospice care.”  But these terms do have slightly different meanings and sometimes the meaning varies depending on who is stating it. The National...
2023 ICD-10-CM Code Changes
October 6th, 2022 - Christine Woolstenhulme, CPC, CMRS, QCC, QMCS
In 2022 there were 159 new codes; the 2023 ICD-10-CM code update includes 1,176 new, 28 revised, and 287 deleted codes, a substantial change from last year. The 2023 ICD-10-CM codes are to be used for discharges from October 1, 2022 through September 30, 2023, and for patient encounters from ...
Yes, You Have What It Takes To Lead Your Practice And Your Profession
September 20th, 2022 - Kem Tolliver
If you’ve been in any healthcare role for more than two years, you’ve seen quite a bit of change. And guess what, it’s not over. We are living and working in uncertain times. This climate requires each of us to step outside of our comfort zones to lead exactly where we stand. It’s not required of one to have a “title” to lead. What is required, however, is a willingness to trust your instincts, look for answers and rely on your team.